5 Reasons You May Not Want To Move To Hawaii 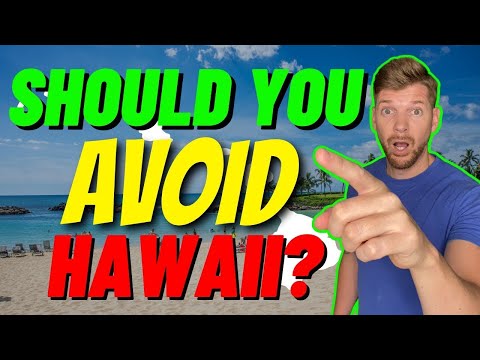 This one may seem like a geography lesson but hear me out. It's important to understand where Hawaii is because often times it doesn't really hit people until it's too late.

According to a USA Today article, Hawaii is approximately 2,500 miles from California's northern coastline.

What are we referring to when we say it doesn't hit people until it's too late? A vast majority of people already know Hawaii as the islands in the Pacific Ocean. When people move to Hawaii all they think about is life in paradise by the beach. Which is AMAZING! But…true perspective of just how far Hawaii is from the mainland United States doesn't settle in until later.

When it comes to things you are used to on the mainland like consumer goods, you're probably used to lower costs and those goods being there every time you go to the store. In Hawaii that's not always the case. Again, going back to being out in the middle of the Pacific Ocean, a lot of our consumer goods have to be imported to the islands via freight shipping. This not only impacts availability but also the price. Goods cost more because corporations have a business to run and that includes the cost of shipping goods to the islands. This cost is now passed along to the consumers so businesses can still make a profit.

Will your friends and family visit you as much as they say they will? Most likely NOT. Everyone around you gets excited about your news of the big move to Hawaii. They would love to come hang out with you in paradise. Realistically, this is often not the case. People often save a lot of money just to have a weekend vacation in Hawaii. Not to mention the travel time to get to the islands too. All of these factors usually play a role in your friends and family not coming to visit you as much as they may have said they would.

Newcomers often get the feeling of isolation or another term coined "island fever". We'll talk more about island fever further down in the blog. Keep reading! 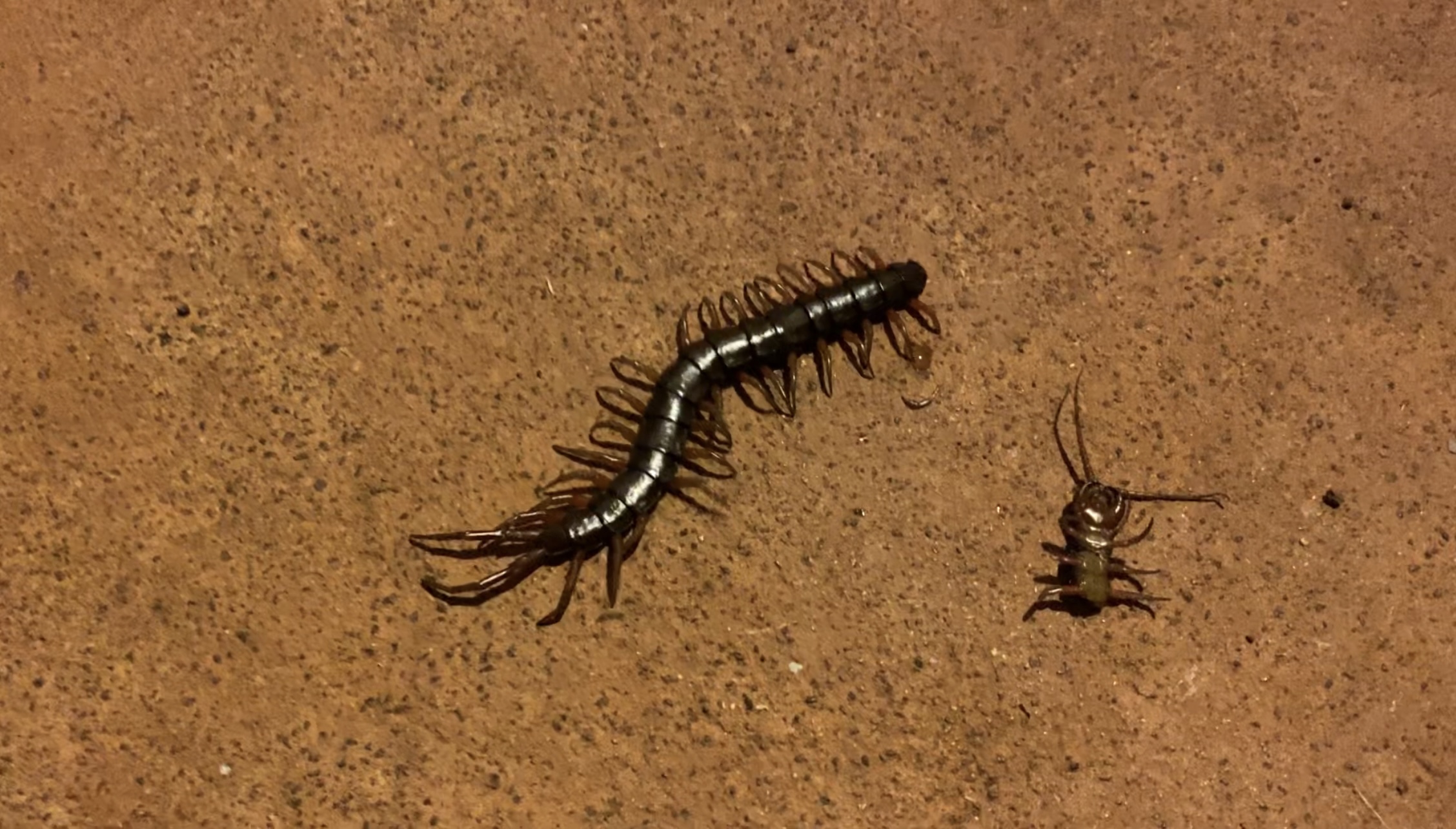 If you're not a fan of gigantic cockroaches and crazy centipedes, not to mention wild boars and sharks, living in Hawaii may not be ideal for you. We'll start with the bugs. And this really starts with the tropical climate that may have attracted you to begin with.

Without turning this into an elementary school science lesson, the warm tropical weather and moisture in the air is the perfect setting for bugs. Certain areas of the island may have it worse than others in terms of bug problems.

Hawaii has cockroaches of all shapes and sizes and some decide to spread their wings and show you who's boss.

Centipedes are a different story. They like to hide in dark areas or crevices. They prefer moisture as well. It's very common to notice centipedes near curbs in the grass when walking at night. Which can also provide you with a horror movie style jump and scream! The centipede photo on this page is one straight from my backyard.

The wildlife in Hawaii is different than what you'll experience in most other states. For example, you don't hear shark attacks being talked about in Montana, or whales cruising by your boat off the gulf coast.

Of course we do have college sports but…it's not necessarily always a good season for some of the college sports year in and year out. Needless to say, they're not a hot thing to go to versus a place like Florida where college football teams can be more popular than pro teams.

No matter what sport you're a fan of you'll also have to adjust for the time change. For example, if you watch the NFL then you're in for an early morning on Sundays. In the beginning of the season NFL games typically start at 7:00am (1:00pm EST) then the afternoon games begin around 11:30am.

There's definitely an adjustment for the time games are on for any sport so it's something to take note of.

Our team talks to so many people thinking about moving to Hawaii just like you and we absolutely love it! Click the button below or go ahead and shoot us a text by tapping this number: (808) 388-8710

It does not matter the time of the year, someone somewhere will be lighting up a firework for any given reason.

The craziest times of the year for fireworks are 4th of July and New Years. If you haven't experienced it before then I suggest you YouTube New Years Eve In Honolulu and get a look for yourself. It sounds like a warzone when the clock strikes midnight on New Year's Eve. There will be consistent fireworks throughout the month of December leading up to the BIG NIGHT. Then it's game on for those who love to light them up.

If you're not a fan of fireworks then living in Hawaii may not be for you.

Every state has their own unique natural disasters but none more so than living in Hawaii. Being that we are a chain of islands in the middle of the Pacific Ocean we are obviously subject to natural disasters that occur from the surrounding ocean.

Natural disasters such as tsunami's, and hurricanes. Yes, I said hurricanes. A lot of newcomers do not realize that Hawaii goes through a hurricane season just like Florida. Starting in August going through early December Hawaii can be subject to hurricanes traveling through the Pacific.

Other natural disasters that Hawaii has are volcanos. While there are only a couple of active volcanoes they can not only affect local residents on the big island and Maui, but they spread what's called VOG through the air across all of the islands. VOG is the smoke from the volcano passing through the tradewinds. It can cause issues in people's airways. Some may experience sinus like symptoms and others may have difficulty breathing.

Lastly, earthquakes. Hawaii does not have near as many earthquakes as places like California or Japan but they do happen. Important to note we are also effected by earthquakes from other countries like Japan, New Zealand, Philippines, etc. These earthquakes often play a role in possible tsunamis heading towards the islands.

This list was not put together in any particular order. These are some of the reasons people may decide living in Hawaii is not right for then. There are many other factors for each person's unique circumstances.

Over 1.4 million people call Hawaii home. But just like any other place, it has it's pros and cons. If you can overcome the items in this blog then Hawaii may just be the place you call home. If you're thinking about making the move to Hawaii or already are making the move and need assistance finding the best community that fits your lifestyle don't hesitate to reach out.

Contact Our Team days/nights/weekends because we got your back when moving to Hawaii.